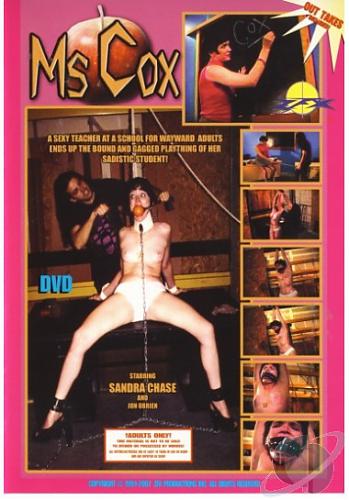 
Описание: A sexy teacher at a school for wayward adults ends up the bound and gagged plaything of her sadistic student!

Set in the not too distant future, colleges have become state run institutions of terror. Any free expression has been banned, and only state approved books that have been properly censored are allowed. Sexuality is used as the mechanism to persecute enemies of the state.

Adults with "subversive attitudes" are sent for a political reeducation at the hands of prudish Government instructors, bent on breaking the will of any who defy "Big Brother". Adults are treated like children so they will do as they are told.
Andy Price is just such a "Subversive". Andy refuses to stop drawing pictures, so he has been sent to Re-Reducation School 6 for special discipline at the hands of Ms. Cox, his perky new redheaded instructor. Randy as she is repressed. Ms. Cox relishes in fondling and caning Andy after he draws a dirty pisture of her on the board in defiance. Infuriated and horny, Andy jumps on his sexy teacher forcing himself on her. Ms. Cox will discover that Andy doesn't need re-education, he needs a straight-jacket!

Overpowered by her agitated ward, Ms Cox quickly finds herself bound, ball gagged and helpless, as she is stripped and tormented mercilessly by her taunting pupil. Moving on to serious corporal punishment normally reserved for students, Ms Cox is strung up in the back, dick gagged and flogged until she is a glistening mass of welts and wet between the legs.