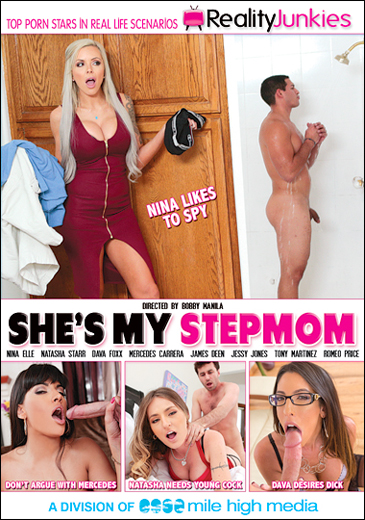 Описание:
Nina accidentally walks in on Tony while he’s taking a shower and notices how big his dick is. He asks her for a towel to dry off, but ends up getting a nice fuck instead! Romeo & his stepmom Mercedes don’t get along very well at all. She’s especially frustrated because Romeo’s dad hasn’t fucked her in ages, so Romeo decides to take charge. James comes home to meet his stepmom Natasha for the first time because he wasn’t invited to the wedding. When she asks why, he confesses it’s because he has a habit of fucking his dad’s wives, and Natasha becomes no exception. Dava has noticed Jessy staring at her ever since he was a young kid. She knows he has a secret and when she pushes him to confess his love for her, it doesn’t take long for the passion to heat up.