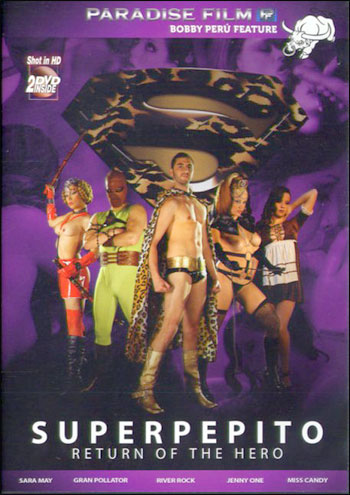 Описание:
Superpepito is going about his life as an ordinary man, having sex with his lady and not living the life of a superhero. But then he gets a call from his old friend, and uh, there's trouble afoot! Superpepito takes out his old superhero uniform, dons it, and jumps to action! The life of a superhero is a busy one, but there's always time to fuck! Superpepito's partner takes time to fuck his two ladies before leaving to meet his old friend in a cave to rescue a woman that has been taken captive by two evil bad girls! But after the rescue, Superpepito is given his reward in the form of a red hot threesome! And while he's banging out his reward, his partner is fucking the other bad girl in another part of the cave!