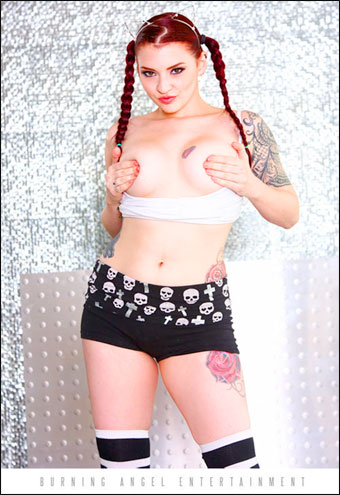 Описание:
Amber worried she and her boyfriend Johnny Castle would be late to the movies because of his video gaming distraction. Dolled up in pigtails and kitty cat ears, out of frustration she revealed a dirty secret: that she, too, was a gamer and could beat the level easily. He didn't believe her at first, but got turned on as she defeated the boss level, and.. of course they had to bone! She sat on his face and encouraged him to pwn her dripping wet pussy as she played on, eventually switching to pounding with his stiff joystick. Who needs the movies when you can play XBox and chill!