Half His Age: A Teenage Tragedy 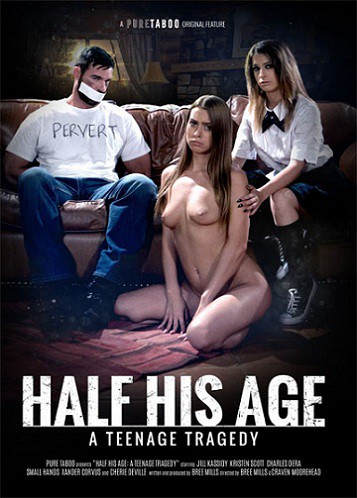 Описание:
Davies (Charles Dera) is your stereotypical high school teacher. Problem is, Mr. Davies has not been able to keep his hands out of the cookie jar. For the past few months, he's been having an affair with one of his students, the beautiful but naive 18 year old Lola (Jill Kassidy). The daughter of a rich businessman. Mr Davies, on the other, knows that they will break up ... especially before he gets caught by the school board or his wife (Cherie Deville). But their affairs are sent to a tailspin after another student, the socially awkward Heather (Kristen Scott), discovers their secret and decides to use it to her demented family advantage. Also starring Small Hands and Xander Corvus, this taboo drama reminds us all of what it's like to be young, in love, and losing your mind.